US v. UK: Battle for the Indian English Speaking Population

When I first came to India in 1991 the only thing that reminded me of America was the economy running on US Dollars. The Indian Rupee was a garbage currency with no value outside of the subcontinent. It barely had value inside the country either. The official exchange rate was 25 Rs to the Dollar, but there was a thriving currency black market where you could get more than 40 Rs/Dollar.
The problem with using the black market was that foreigners needed official government money changing receipts for many big purchases. Plane tickets, train tickets, hotel rooms and lots of hard goods required not only the Rupees, but also the precious money changing receipt – usually from the American Express Office.

Aside from the ubiquitous Dollar, the only other American presence was the brand new McDonalds in Connaught Place, and oddly enough a TGI Fridays (Thank Goodness it's Friday). Everything not Indian was British. The cars were British, the sports were British and the pop music was British. Every Indian speaking English was using British terms and every TV and radio announcer had Indo-British accents.
Move on twenty years and American pop culture is dominating India. It seems the only reminders of England are the cricket matches. American terminology has replaced British terminology. The cab drivers say, “Open the trunk” not “Open the boot”. People go out for dinner, not tea. Instead of leather shoes, most young people are wearing Nikes (or more likely the bootleg version).
But the biggest place where you see the domination of American culture is on TV. The BBC and CNN pretty much split the foreign news market (actually most English speakers watch a little of both every day), but aside from that there is almost no British presence on Indian TV.
On the other hand check out the list of US Television shows that appear within 24 hours of their US airdate: American Idol, Letterman, Leno (was Conan), TMZ, Larry King Live, Anderson Cooper 360, ENews, America’s Got Talent, The Amazing Race, Celebrity Apprentice – and probably many more. The Oscars were telecast live yesterday morning after weeks of big-hype promos. And of course the power went out just as they got to Best Actor. 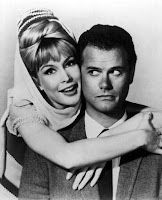 As far as reruns go, An episode of ‘Friends’ is on almost any hour of the day. Also in daily rotation are Boston Legal, Ugly Betty, CSI (all of them), Pushing Daisies, Gossip Girl, Gary Unmaried, Desperate Housewives, Prison Break, Brothers & Sisters, Seinfeld, Two and a Half Men, Chris Angel: Mind Freak anything David Space has ever appeared in and - I’m not kidding either – I Dream of Jeanie. There are plenty more US shows, but I have come across only one British show, a slap stick comedy show that was axed after two weeks.
My guest house has a basic cable package with three English movie channels including Indian HBO – which has commercials. I have not seen any British films unless you count Bond films.
ESPN is now in Asia with a daily Sports Center broadcast from Hong Kong. While Cricket and Premiere League still dominate, every night there’s a recap of whatever sport that is in season in the US. The NBA is king among American sports and, oddly enough, the NHL is No. 2. The reason is that both sports are Olympic staples and any international sports will get there due in India. And now with so many Indians getting their education in the U.S. ESPN is starting to get decent ratings on college football and basketball (btw -the annual NCAA pool is ON! Shoot me an email if you want it tomhaig@hotmail.com).
But maybe the most telling sign on television is that voiceovers for promos are now done mostly in an American accent. 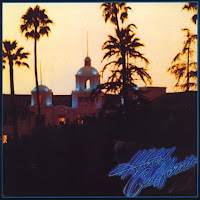 The music scene is heavily dominated by Indian pop so only the biggest bands (Coldplay, Metalica etc.) make a dent in the Indian psyche. And there's no preference of American vs. British bands. The best way for a band to get a headroad into the Indian market is by having a song in a popular movie or a TV commercial. But it's not likely to get much airplay. I'm pretty sure the Stones, the Beatles and Led Zeppelin are still better known than anything classic American acts, with the exception of Hotel California which, for some reason, is adored here. Unfortunately the American Idol contestants are more well known that any of those groups.

Up here in Dharamsala the Tibetans who speak English are all using American terms and those who are fluent are definitely speaking American. The students graduating from TCV have no interest in studying in England. They want to go to American Universities.

But this wave of American influence is definitely flavor-of-the-week as far as Hindus go. Hindus have been absorbing invading cultures for thousands of years and they haven’t let any of them become greater than the native Indian vibe. They take what works, put the local spin on it and it becomes part of their culture. I’m sure if I understood Hindu and watched Indian TV, there are plenty of Indian shows that have absorbed US formulas but keep them grounded in Indian culture.

But for all the America-bashing that dominated international opinion through the 00’s, this culture has been eating up ours. 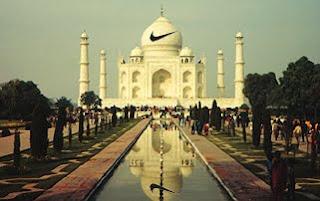