It's been a while since I've done Photo Friday, mostly because I've been unable to post on Fridays. But it's back with a special edition:

(For pics from HHDL's talk go to www.dalailama.com/gallery/) 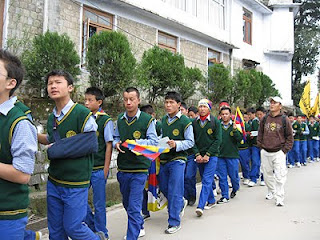 TCV Students early in the march. 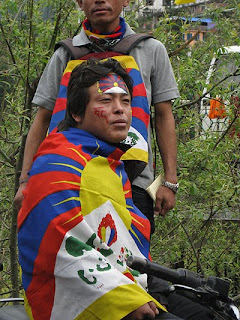 A motorcyclist ready to brave the Library Road. 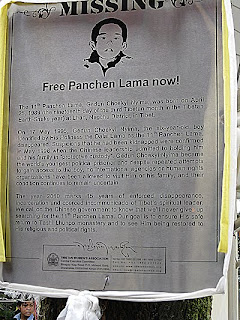 A plea to the Chinese to release the Panchen Lama, the world youngest political prisoner. Click here for more information. 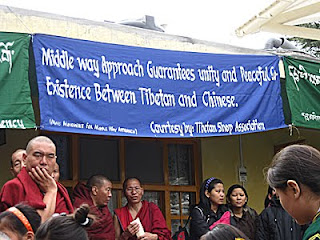 The 'Middle Way' is promoted by HHDL, but possibly a little to soft a message for this crowd. 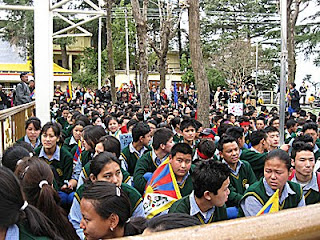 TCV Students at the Main Temple waiting to march. 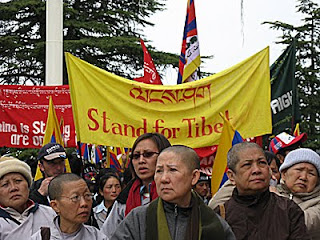 Nuns are leading the charge for Tibetan Womens Rights. At the same time as the march the Kalon Tripa was hosting a conference on Empowering Tibetan Women. 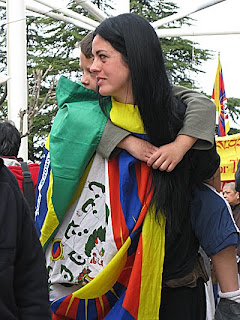 Natasha is a long-time Dharamsala Expat. His Holiness went right from his seat to bless her child. 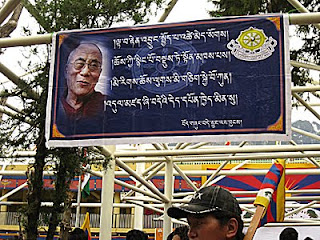 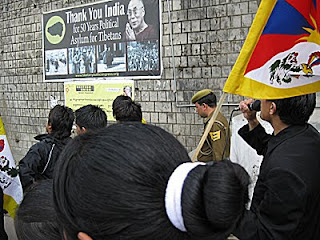 This banner is right outside the offices of the Government in Exile. India has been incredibly generous in hosting HHDL and the Govt. in Exile - even  though China has threatened and terrorized its citizens. 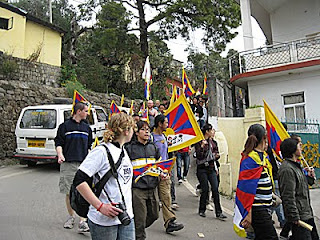 What was that driver thinking?? 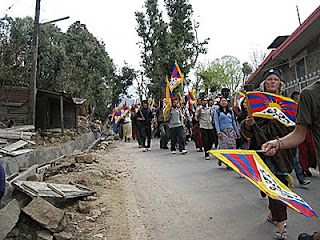 Hard to believe this is an open 2-way road here. 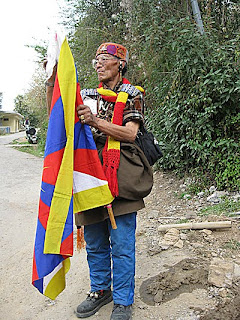 A little lost - but eventually everyone finds their way to the rally. 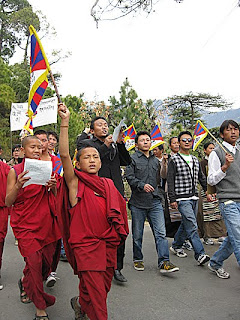 Young Monks (anyone need a name for a rock band?) 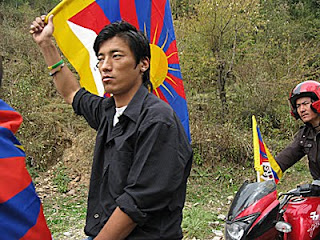 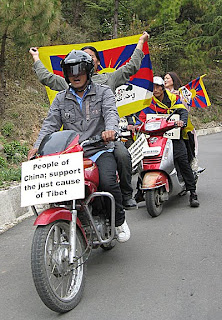 If you take a bike on the way down - it's MUCH easier than walking back up (If you have any brakes left). 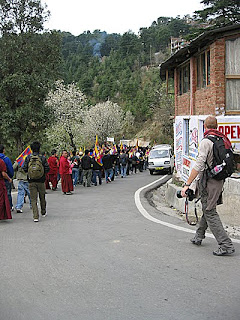 Getting closer to Kotwali. 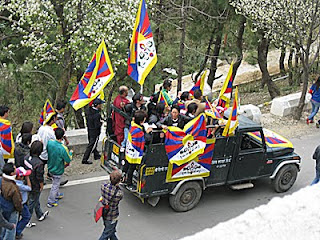 If you drive you don't have to carry the power source for your speakers. 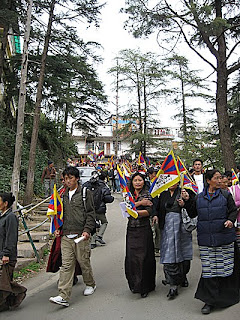 A steep section off the top of McLeod. 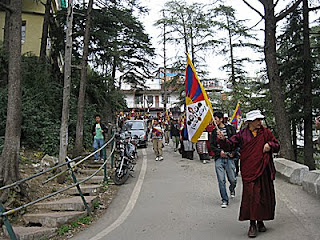 I was planning on camping out here but I couldn't hold my chair still! 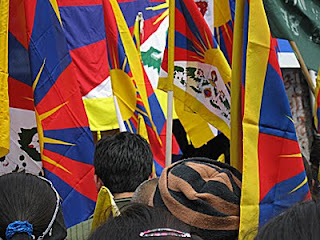 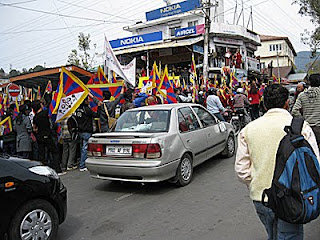 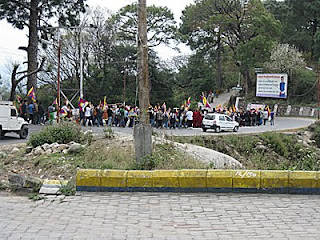 A flat section in Lower Dharamsala not far from the Cricket Stadium - which would have been a better venue. 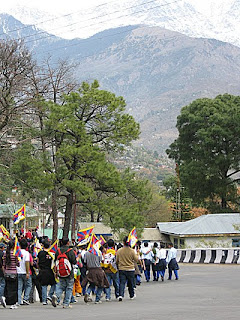 Yup. Still in the Himalayas.
Posted by tomhaig at 10:20 AM