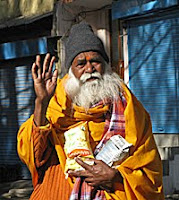 I’ve just crossed the halfway point on this cracked Himalayan adventure, so it’s time to take stock and see where I’m at. The first thing I can say is that I am way out of ‘living abroad’ shape. In the late 80’s and early 90’s I made so many of these trips that I actually settled in abroad and thought I was going to live the rest of my life in a small French village on the foothills of the Alps. I felt at home in good old Les Avenieres, and a stranger to my native Milwaukee.
But that was after a difficult stay on the Island of Taiwan and a harrowing experience on a four-month tour of the Middle East. On those trips I never felt at home and rarely did I feel comfortable. Taiwan grew on me after a few months, but I was counting the days until I could get out of the Arabian Peninsula.

Unfortunately this trip has proven to be more counting days than feeling totally comfortable. And most of that is my fault. The evil burn on my leg had me at times feeling like I was going to die or at least have to get my leg cut off. It’s the nastiest skin injury I’ve ever had and you’re talking to a guy who walked away from a bike injury with half a windshield lodged in his back.

For two weeks I went to the hospital every day and looked in horror as the Tibetan doctor shook his head and repeated, "still infected." Te burn left me much more paralyzed than I already am. It was a constant buzz kill as I really needed to keep the leg up at all times. I was able to go to work, but I couldn’t go bombing the Himalayas in my chair which is one of the things I most looked forward to. 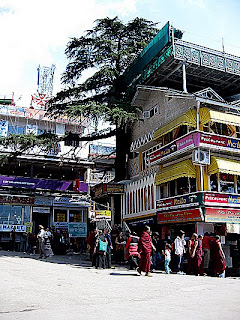 You really have no room to bitch when you live in a town where restaurants are supported by trees and Monks hang out at the bus stop.
Eventually the infections went away and the skin has only now started to really heal. I still have a gaping 5” by 2” open wound, but I don’t have to worry about staying in bed with my leg up. I’m back bombing the hills again and getting in shape.

But that, of course, was just in time for my wheelchair to break down. I’d just gotten to the point where I was crushing my half-mile climb to McLeod Ganj, when the caster wheel cracked off. Then we had the ice storm followed by Losar so it was two weeks before I could get it fixed.

Once I got it fixed I had a glorious day roaming the streets of McLeod jamming with other musicians and I thought to myself, “I’m finally over the hump here.” The Dalai Lama’s special one-day teachings were on the weekend and the Hindu festival of Holi (the one where everybody throws colored flour at each other) was just around the bend. 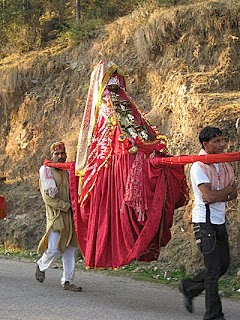 I missed the main festival, but I was around to see the gods enter town!
And, of course last Sunday I woke up with a fever, sore throat, runny nose and spent the whole event in bed – along with most of the following week.

Life at 90.4 Tashi Delek FM has been better, although much slower than I’d anticipated. I knew that coming to India to kick start a radio station in six months would be a challenge, but I thought we’d be further along. We’ve got all the equipment we need, but the Tibetans are very thorough which means things take much longer than need be. I’ve got three students who now know how to interview and edit audio, but they’re all a bit reluctant to take the next step to being reporters. They need to get on the phone and work their beat. We had a meeting last week and I told them I was going to start getting on them to make some phone calls, but being sick all week, I haven’t monitored them.

Aside from missing the teachings and Holi, it was actually a good week to be sick as a couple of community radio tech specialists have been in our studio installing a brand new scheduling program, (check it out - really cool NGO: http://gramvaani.org/) complete with phone-in capability. That means I may be calling you in the middle of the night, USA time, and asking for your opinion on the conflict in Kashmir. If this happens simply say, “It’s a dangerous nuclear hotbed and needs to be closely monitored.” That’s what all the Indian pundits say.

But to turn this semi-depressing update positive, I can that I’ve been playing a pile of music and have written and recorded five tunes (http://www.thcommunications.com/fun/fork). I’ve gotten to know what is, hands down, the oddest small town in the world. Everyone from the Indian woman who cleans my room to the doctors who have treated my wound have been unbelievably helpful and gracious. I’ve made friends with dozens of local businessmen and feel comfortable they’re not giving me the white-guy 50% markup. The days when the clouds are gone reveal some of the most stunning residential landscape on Earth.

So I’m going to quit my whining and remind myself that at the half-way point of my Taiwan trip I just wanted to come home. But by the end I was ready to stay another six months until I ripped my knee up in a van accident (yeah, it’s true – I was in full clown makeup when it went down, but that’s another story).

The 'before' and 'after' pics of the infamous 'Frowning Clowns' episode.
The temperature no longer drops below zero at night so I’m not freezing in bed anymore. Next weekend we’re going to start doing our first ‘Dharamsala Live’ shows at one of the local bars so that should kick start things as well. And only six more weeks before the Indian sports media descend on Dharamsala for IPL 20-20 cricket matches. 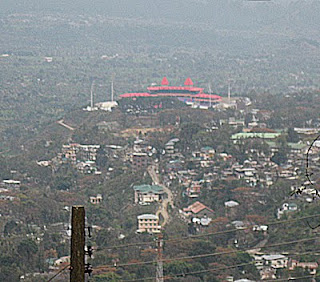 One month from now the Dharamsala Cricket stadium will be rockin'!
In the end I’m giving myself an 'incomplete' for sabotaging the first half of the trip and the town of Dharamsala an 'A+' just for being as totally whacked as a town can be.

And in the meantime hit this one: 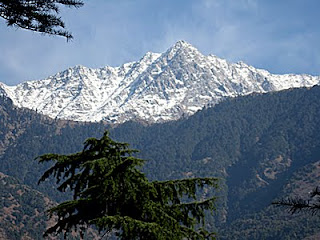 So no, it hasn't been all that bad - I'm still waking up to this most mornings. And that wasn't happening much at all during the Monsoon of 2000.
Posted by tomhaig at 2:49 PM