Today on Photo Friday we’re going to take a look at the vehicles currently cruising the roads in the Indian Himalayas. In the last ten years everything about motorized transport in Himachal Pradesh has changed – except the mini cab. And even those have been upgraded with cleaner engines.

When I was here in 2000 it was common to see ox-drawn carts and gas-guzzling Tata ‘Goods Carriers’ that barely made their way up the switchbacks. Now all of the older vehicles have disappeared and they’ve been replaced by newer, sturdier SUV’s and super-powerful haulers. Down in Delhi you can still find some older vehicles, but up here in the hills, those creatures met their day long ago. The reasons for this are three-fold. First of all, Himachal Pradesh is the wealthiest state in India so there are more people with cash here than in the flatlands. Secondly, due to the US outsourcing, India itself is richer. Since Dharamsala is basically a tourist town, a lot of that discretionary income ends up here. Local business owners can afford not only the rig, but also the gas – which is about $3.00/gallon. And finally, in the last few years the Indian government has offered low-interest loans to small businesses specifically for vehicle replacement.

A couple of quick facts (from http://www.mapsofindia.com/): 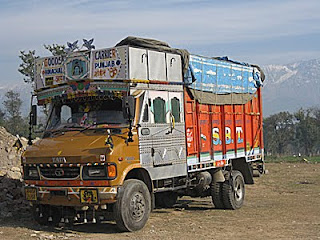 The roads of Himachal Pradesh used to be lined with these ancient TATA Goods Carriers. I found this one in the flatlands of Kangra. They're a very rare sight up in McLeod Ganj. 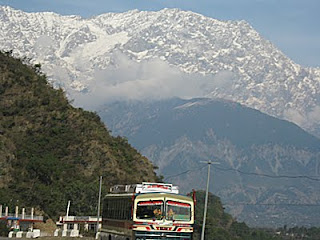 Back in the day you used to be able to ride from city to city on the roofs of these puppies. Now you have to sit inside - and believe me, the view is not as nice! 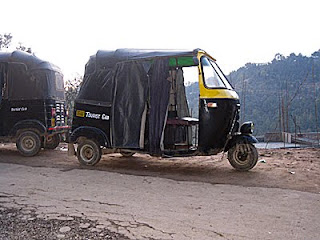 The old standard three-wheel cab is still in use, but the two-stroke engine is a thing of the past. 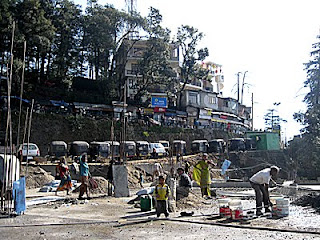 There are a couple dozen minicabs still left in McLeod Ganj. 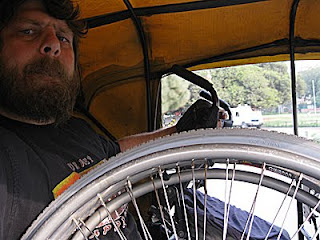 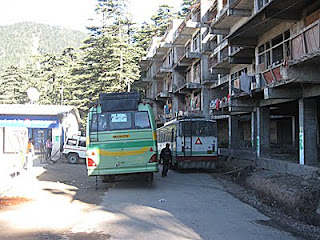 Beginning of a bus jam. 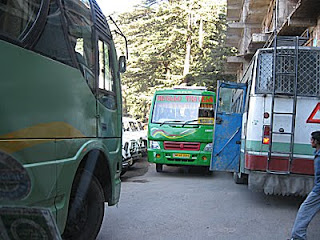 This driver let his passengers out in the middle of the road blocking traffic for a good 15 minutes. 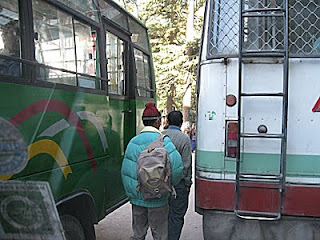 Regardless of how messed up a traffic situation can be, pedestrians have no problem walking right into the middle of it.
New School 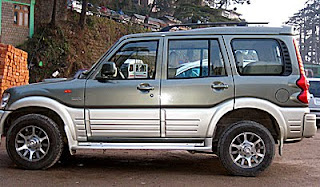 This SUV is quite common these days; nothing like it back in '00. 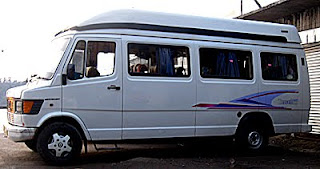 The TATA equivalent of a Vanagon. A decade ago this would have passed for a schoolbus. Today it's just some wealthy Indian's vacation mobile. 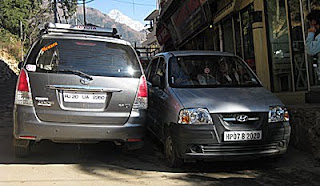 Needless to say, these roads weren't meant for rides like these. 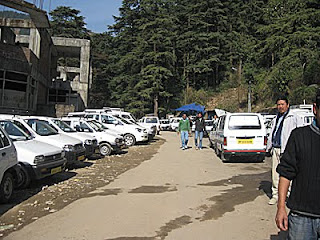 There a hundreds of these 'Tourist Vehicles' at the foot of McLeod Ganj. I'm assuming they'll be in use during tourist season, but right now they just sit there.
Same as it Ever Was 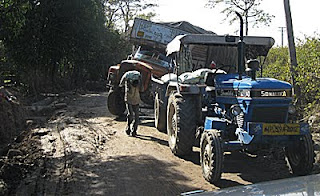 Even though the rigs are getting nicer, there's always a couple broken down at the side of the road. BTW - my driver just drove around this wreck, barely stopping. 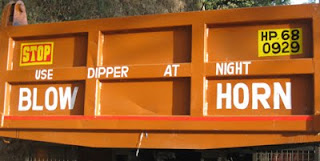 Indian drivers LOVE their horns. It's getting better, but you can still run into the occassional driver who will honk loudly at ghosts.
Posted by tomhaig at 1:45 PM