His Holiness and Carl Douglas

Normally after a night where musicians gather from all over the States for a one-off gig, the post-party is fairly ridiculous. But seeing as His Holiness was speaking early the next morning, we packed up our wares and headed back into the Piedmont for a bit of rest before a long, long day.

For most of us the show was over, but Techung and Rinzing still had to perform for a big crowd at the Charlottesville Pavilion.  Dan and Zoe had become the epicenter of the ticket market and were up early making sure everyone had a seat and no ticket went wasted. They were downtown early to catch His Holiness’s first act at the Paramount Theatre in front of a group of University of Virginia Medical School faculty and several experts in holistic medicine. Earlier in the year, Dan organized a conference on Tibetan Medicine in Charlottesville and works with the Arura Tibetan Medicine group.

The session was televised live on Virginia Public Television so Michael, Mia, Techung, Rinzing and I watched from the comfort of Earlysville while the panel nervously tried to act cool in front of His Holiness.  The speakers on the dais choked over long prepared statements after which the Dalai Lama politely praised them for their efforts.

Back in Earlysville, we packed up two cars and prepared to meander through the narrow winding country roads to the outskirts of Charlottesville. Although a relatively small town of 45,000, Charlottesville is comprised of overgrown carriage streets that wind around forests, hills and one of the oldest universities in the Western world. It seems like none of them ever go straight, but if you can decipher the four or five main arteries, your chances are fairly good that you’ll end up where you’re going. The locals think nothing of it, but I spent six weeks hopelessly lost in 2010 before finally being able to find Earlysville at the end of each day.

The Tibtans piled their instruments into one car and took off with the sage guidance of a GPS. Michael, Mia and I loaded into Michael’s car with me reassuring them that I knew where we were going. I did know where we were going, but that didn’t mean that I actually knew how to get there. I directed them on a circuitous route past Thomas Jefferson’s famous rotunda at the end of the University of Virginia Lawn, and then promptly made a wrong turn that diverted us into some ancient neighborhoods surrounding the downtown mall.

Some well-planned tourist signs got us back on track and it wasn’t long before we had an extremely lucky parking spot not 200 yards from the Charlottesville Pavilion. Zoe met us in line and after a confusing exchange of texts and phone calls; everyone made it through security and positioned ourselves on blankets in the grass at the back of the Pavilion. It was a gorgeous 70-degree day and before any of the performers took the stage, most of the audience was in shirt sleeves basking in the fall Virginia sun.

My niece, Tashi, and her friends got to ditch school to be with us and we also weren't far from the other members of Jam Thicket and their families. Victor strolled over before the performances and told me he’s worked with the sound crew the city was using. “They don’t know what the hell they’re doing,” he said. “We won’t be able to hear shit.”

Tristan was decked out in his finest subcontinent formal wear, but he wasn't even close to being best dressed. After a speech by Satyendra Huja, the mayor of Charlottesville, (coincidentally born in Nainital, India, less than 200 miles from Dharamsala), representatives from the Red Crooked Sky Dance Troupe took the stage in full ceremonial dress for a fiery dance that transfixed the crowd.

It was a tough act to follow, but the crowd came to see Tibetan culture and we were just stoked to be with the band. Techung and Rinzing were announced and although we wanted to hoot it up, we just politely applauded like the rest of the reserved crowd. Thank god there were large video screens so we could see them because we definitely could not hear them. We later discovered the sound on the telecast was incredible, but live it was nearly inaudible. I know Rinzing was there because I could see him on stage. But the crowd was ripped off because those two can really play. Not only couldn’t we hear them, they only let them play three numbers. After they went off stage to polite applause, we sat and listened to twenty minutes of canned music waiting for His Holiness to arrive. The organizers had two of the greatest Tibetan musicians alive just dying to play and they opted for a couple of CDs.

Finally after His Holiness had a special audience with local Tibetan school kids, he made his way onto the stage for the usual awkward Western reception. I’ve seen the Dalai Lama three times in the U.S. and the crowds just don’t know what to do. The atmosphere before he appears is the same as that of a rock concert. Everybody’s in a great mood, laughing, visiting old friends, playing games; kids are having a field day in the grass. Then when he shows up they don’t know whether to scream like it’s Keith Richards or stand in awe like it’s the second coming (14th in his case). So you end up with a few gasps, some applause and a bunch of people bowing with their hands pressed together. Most of these people are from Christian backgrounds, not Buddhists, so they kind of fall into a church-like reverence. I’ve never been to a mega-church, but I kind of got that feeling at the Pavilion.

Unfortunately Warren was spot on with his thrashing of the sound company. Everyone seated on the grass was leaning forward, some (including me) with their hands cupped around their ears trying to put together his stories. Normally he’s more of a stand-up act than a rabble-rouser and you really hate to miss his jokes because he loves making his point with humor. At one point the crowd broke up in laughter and I missed the joke completely. As it turns out, he was working kind of blue. Take a listen to the audio on the Charlottesville Hook’s website. I think he was trying to say “Forget it!”, but as sure as can be, he said, “Fuck it!”

His Holiness spoke for a little less than an hour and by the last fifteen minutes we could hear without straining too much. After the talk the crowd spilled into the downtown mall in a more familiar-post concert atmosphere took over. The big chalk graffiti wall just west of the Pavilion was full of messages of peace, respect and non-violence. The Native Americans stayed in the ceremonial dress and continued to talk to anyone interested about their culture and their struggle.

After twenty minutes, Techung and Rinzing appeared in our midst and we greeted them with hero’s welcomes. They said the sound on stage was as difficult as it was in the audience, but after their first two numbers they had it straightened out. I asked Techung if he was disappointed they couldn’t play more and he said, “No, this wasn’t our show, it was His Holiness’s” I don’t know about you, but if I ever get to play in front of 5000 people and they kick me off the stage for house music, I don’t think I’m going to take it as well!

We split into different groups and tried to remember who was riding with whom back to Earlysville. I ended up hitching a ride back with Techung and Rinzing, but it wasn’t exactly a direct route. They had picked up a hitch hikre on her way into town and the woman was looking for a ride out to Ligmincha Buddhist Retreat Center overlooking the Rockfish River Valley, 30 minutes south of Charlottesville. Dan lives 30 minutes north of town, so this trip was going to add nearly an hour to our drive. At first I thought it would be a drain, but I quickly changed my attitude and went along for the ride. None of us had to be anywhere at any time so it ended up being a glorious little sojourn into the Virginia Hills. Once we got to the Center we took a quick tour and were amazed at the natural tranquility of the compound. We were surrounded by leaves in fall color and, from our perch, we could see ridge after ridge of mountains. On the way back the three of us talked about everything from the Tebetan Youth Congress to LeBron James. By the time we finally got to Earlysville I was ten times more charged up than when I’d left.

And that seemed to be the attitude around the house. As Zoe prepared a huge feast we all cracked into our beers and started the party that was delayed 24 hours by the morning responsibilities. As the beer flowed and the food went down, we slowly started strumming guitars until four or five axes were in hand. We were singing anything anybody knew or could find on the Internet.

And of course Rinzing had the lead down perfectly on his first pass. I was dying to get Techung to blast into the vocal, but he wisely sat back and let me make a fool of myself.

And yes, it was recorded and yes, I will kill if it is ever posted on YouTube! 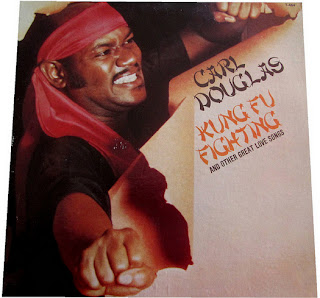