The last time I had a stable residence in which I had all of my possessions under the same roof was the apartment I rented across from Irving Park in North East Portland from 2001 through 2007. I’d done somewhat of a purge when I moved into that apartment, but I still had unopened boxes when I left in January of 2007 to go back to school in Pullman, Washington.


My crib in Pullman was a spacious three-room apartment in the Pullman old folks home, the only fully accessible option in the greater Pullman metroplex. My neighbors were in their 70s and 80s and my classmates were in their early 20s. I tended to see more of my classmates than my neighbors as I lived across the street from Dissmore’s IGA, rumored to be the largest beer vender in Eastern Washington. I had plenty of room for visitors, but even after receiving numerous threats from my friends in Portland to come over for a football weekend, I received a total of four visitors during the 30-month period – My Mom, my Dad, my Sister and my friend Pat who randomly stopped in from Paris.

Seeing as I was in school I accumulated even more junk including books, clothes, some new furniture, and a slew of computer gadgets. Now this was nothing compared to the crap I accumulated when I owned a house and was a member of the American middle class, but it was much more junk than a single dude should be hauling around.

After graduation in Pullman I piled my junk into an empty U-Haul truck that randomly was being driven from Wisconsin to Corvallis by my friend Mary. Mary’s mother had died and she rented the U-Haul to gather up things left to her in Wisconsin and haul them back to Corvallis which, oddly enough was my next stop. When she saw what was in Wisconsin she opted only for a couch which left me with an empty truck to fill up – which I did.

The next stop on the limbo-lifestyle tour was my sister Sue’s house in Corvallis, which is already full of other people’s stuff and had little room for my collection. Sue rented a storage unit outside of town and all of my junk got stuffed in there for nearly two years. During this time I went from a bright-eyed prospective journalism graduate to a cliché of the depressed,  early 21st Century American jobless graduate.

After a full year of sending out resumes, getting no interviews and feeling my skill set evaporate w/every passing minute, I decided to leave the country and help a radio station in India get off its’ feet. This meant, more packing, sorting and storing. My collection of boxes was well over a dozen and that didn’t include a slew of guitars, amps and framed posters. I’d also filled up a closet with nice shirts I’d received over the past few years - assuming I was at some point going to rejoin the American middle class.

Off I went to India where I did NOT accumulate a ton of stuff. Instead I returned this time to Portland where I was able to actually unload my sister of much of her burden – although she still held on to a room full of my clothes and a bunch of boxes of old pictures and books.

Two years after finding little work, but instead a fabulous French babe, it was time to move on. But this time the madness had to come to an end. I had possessions I hadn’t seen in seven years, so what was the point of me hanging on to them? Time had come for the BIG PURGE. 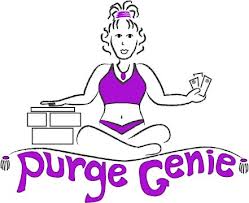 After I’d moved out of my apartment in Portland I’d staged 20 boxes of possessions in my sister’s garage and promised her I would thin the herd. The BIG PURGE came in several stages. First I packed a bag for the winter in France which put some clothes in the starting lineup. Once that bag was finalized, I optimistically went through my better pairs of pants and shirts and set them aside still holding onto the idea that I will actually at one point become a member of the American middle class – or even the French Middle Class, but something better than a depressed job seeker.

Seeing as I’ve got a workout habit, I’ve accumulated boxes of T-shirts and sweat pants that had been in and out of the lineup for more than 15 years. For women, this is just a no-brainer: You pitch all that crap out. For men, this things are signs of our perceived athletic glory and ridding ourselves of them is a most horrid reminder of aging. Yeah, I’m fully aware that nobody cares that I finished the 1998 Hood to Coast Relay. But what if there’s a party with my old Hood to Coast team? Wouldn’t it be great if I showed up in the old team T? I was almost tempted to hang on to them until I pulled one of them over my head and realized that 15 years of hand cycling has completely changed my body. This T would never again grace my shoulders. And neither would the dozens of Grateful Dead Ts I’d hauled around with me since the early 80s… or the stack of Tour de France shirts I’ve been compiling from the LeMond era through the Armstrong debacle.

And thus began the Goodwill pile. Unless the shirt was a fairly new wicking-fabric shirt, it went into the pile. Women will cower over this, but in fact, that eliminated three full boxes.Next was the mountain of really nice shirts I’d had very few occasions to wear. Again, many of these shirts had been in my various closets since before I broke my back. These shirts were much more valuable to other people, but carried none of the emotional weight of the Ts. Another couple of boxes easily into the Goodwill pile.

I’ve been on the Portland Marathon committee since 2000 and that committee just rocks when it comes to SWAG. Every year we get LOTS of great quality coats, bags, hats and polos. Another box into the pile. I’ve got doubles, triples and even quadruples on sweaters, sweatshirts and spring  jackets. Gone, gone and gone.

Plates, silverware, kitchen gadgets, obsolete computer hardware and adjoining cords. Signed, sealed and delivered into the back of my van.

Finally it was time to look into my library which I have been compiling since I first graduated from college in 1985. I didn’t own a TV for quite a long time as I was traveling for nearly seven years non-stop. I’m not a ‘No-TV’ guy. I watch too much of the shit. It’s just that during that time I rarely lived in a place where there was any English television so I read tons of books. And I kept them all. Unless the book was a piece of junk, I kept it because I assumed I’d use it for reference at some point. I love reading biographies and history so I thought I’d love to be able to pull out a book from my library and prove a point in an argument.

Unawares to my growing book collection, however, Gore invented the Internet and my assemblage lost most of its cache. Those books remained in the boxes because I never went back to them to check a fact. I’m always on the Google.

So with a very fond farewell, I took a peek at every last book in my library and sent nearly all of them back into the world to enrich the lives of others. This process took a full day but I got to say good bye to Alan Ginsberg, JFK, Miles Davis, Phil Lesh, Hank Aaron, Nike, Freud, Einstein, Gore Vidal, Ravi Shankar, The Battle of the Bulge, Kerouac & Kesey, 10 journeys with Michener, Townshend, Clapton; Funk & Blues. I had a full box of music books which are now obsolete. I had two shelves of travel and language books that no longer are worth porting around. 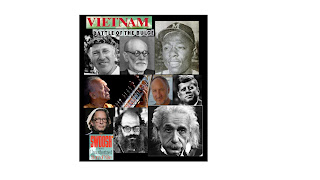 Before I knew it I’d hauled three van-loads of my former life to various repositories in downtown Corvallis. All that remained were my instruments, old pictures, a box of little statues I've collected from all over the world, the framed posters and just one dresser full of clothes. It’s now been two months since the big purge and I miss exactly zero of those items. The thought that I won’t be hauling three van-loads of junk to my next living space more than offsets any pangs of nostalgia. So if you have any misgivings at all about holding on to old items, SET THEM FREE I say!

(OK if you go into my sister’s house you may just stumble upon some older Packer, Illinois, Grateful Dead and Tour de France shirts… but I ran out of boxes. I swear!!)